Tutankhamun collection to be moved to Grand Egyptian Museum by end of 2016 - Museums - Heritage - Ahram Online: A documentary on the transportation processes of this distinguished collection will be screened at the GEM during its official inauguration
Posted by Jane Akshar at 23:38 No comments:

KV55 fragments to be re-investigate 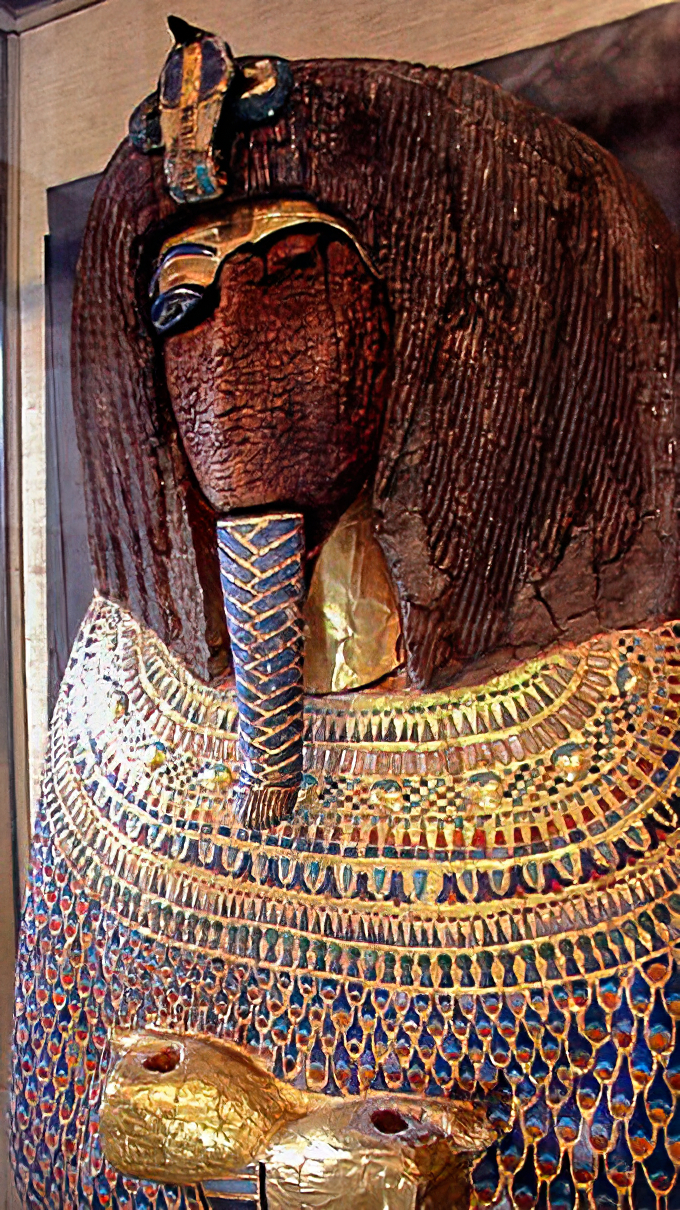 
MSA Press release 15/6/2016
"The Ministry of Antiquities is trying to decipher
the most controversial mystery coffin in the history of ancient Egypt The
Ministry of Antiquities resumes the study of the golden fragments found inside
a wooden box inside the store of the Egyptian Museum in Tahrir with a grant of
$28,500 provided by the American Research Center (ARCE) Endowment Fund 2016.
Elham Salah, Head of Museums Sector at the Ministry of
Antiquities pointed out that the study will be conducted by a team of Egyptian
archaeologists and restorers from the Egyptian Museum who would study another
group of these fragments, which are likely belong to the sarcophagus of tomb KV
55 on the West Bank of Luxor.
Salah also explained that this study significantly
contributes in resolving the controversy over the identity of the sarcophagus
found in tomb KV55, considered as one of the most controversial sarcophagus in
the ancient Egyptian history.
This sarcophagus is currently displayed in the Egyptian
museum, she pointing out, and the studies conducted by the working team last
year figured out the possibility of subordination of these fragments to the
sarcophagus.
Islam Ezzat, member of the scientific office at the
ministry of antiquities pointed out that after the completion of this extensive
study the identity of the owner of this sarcophagus would be determined as well
as the owner of tomb KV55. The researchers team is currently working on the
dating of this sarcophagus through figuring out the similarities of these
fragments with the sarcophagus and its inscriptions.
It is worth mentioning that the wooden box inside the
museum’s store had about 500 golden fragments, a small part of a human skull, a
paper written by hand in French dates to the time of the discovery of the tomb
indicate that these fragments belong to a royal sarcophagus without specifying
its name.
The researched team is working under the supervision of a
large collection of Egyptian antiquities and restoration scientists in Egypt
and the world including Prof. Faeza Hekal professor of Egyptology at the
American University, Prof.Hassan Selim professor of Egyptology at Ain
Shams University, Prof. Mark Gabold professor of ancient Egyptian language at
the University of Montpellier in France, Prof. Arnest Brnikas professor of
material science at the University of Heidelberg in Germany, Prof. Suseran
Janescy Great Restorer in Boston Museum at the United States of America, and
Hala Hassan, head of the first section of the Egyptian Museum

KV55 - Wikipedia, the free encyclopedia
Posted by Jane Akshar at 15:12 No comments:

I have been looking at the program for this conference in September. Some excellent speakers at titles. Do have a look.
CONFERENCE: THEBES IN THE FIRST MILLENNIUM B.C. 2016: The main focus of the conference is current archaeology and research on tombs and temples of the Twenty-fifth – Twenty-sixth Dynasties in the Theban area. Papers on other Egyptian sites and monuments of the Kushite and Saite Periods are also invited from all areas of research including archaeology, art history, history, chronology, religion, linguistics, and anthropology. The conference is organised by the South Asasif Conservation Project (SACP) in conjunction with the Ministry of Antiquities (MoA), and the Egypt Exploration Society (EES). The event follows the success of the earlier conference of the same name, which was held in Luxor in 2012. We expect it to become a place for Late Period scholars to share information on the latest archaeological discoveries and research. The amount of work done in this area is growing every year and we feel the need for a regular gathering place where scholars can bring their questions, ideas, and suggestions, which will encourage discussion. Therefore, the format of the conference will combine presentations with discussion panels to give more room for communication. The conference will be accompanied by field trips to the archaeological sites related to the period, including the Kushite and Saite tombs at the South and North Asasif necropoleis and Karnak.
Posted by Jane Akshar at 22:38 No comments:

Tombs of Nefertari and Seti I in Egypt's Luxor to reopen to visitors - Ancient Egypt - Heritage - Ahram Online: The tombs in Luxor will re-open in a month's time, and tickets will cost EGP 1,000 (approx. $113).The number of visitors is to be limited to around 100 to 150 people a day.

I have been in both tombs and they are very special
Posted by Jane Akshar at 18:22 1 comment: