Floor tiles of Karnak Temple are not ‘ancient’ as rumored: official

In response to photos circulating on Egypt’s social media outlets that have alleged the removal of the archeological tiles of Karnak Temple located inside Luxor, head of Karnak Temple’s remnants Mostafa El Seghair denied the claims.
He said in media statements that new modifications were added to the tiles of the temple to put a path for handicapped people to facilitate their access inside the temple.
He further explained that the tiles located inside the temple are not the archeological ones as rumored, noting that new tiles were put in 2008. 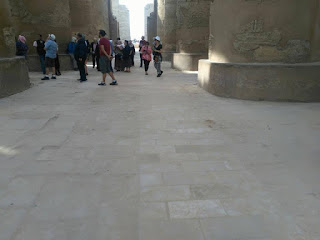 http://www.egyptindependent.com/floor-tiles-karnak-temple-not-ancient-rumored-official/
Posted by Jane Akshar at 18:52 No comments: 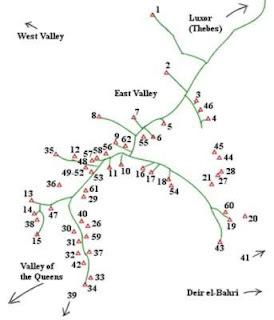 Result of the disabled campaign 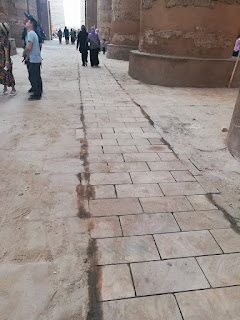 In 2015, British Egyptologist Nicholas Reeves published a theory suggesting that the northern and western walls of Tutankhamun's tomb house hidden doorways that could lead to the final resting place of Queen Nefertiti, the wife and co-regent of the monotheistic King Akhenaten and the golden king’s step mother.

To put an end to such conflicting results, Mohamed Ismail, supervisor-general of the Permanent Committee at the Ministry of Antiquities, told Ahram Online that a third radar survey has begun inside and outside Tutankhamun’s tomb.

http://english.ahram.org.eg/NewsContent/9/40/289210/Heritage/Ancient-Egypt/Radar-scan-underway-to-search-for-hidden-chambers-.aspx
Posted by Jane Akshar at 16:17 No comments: 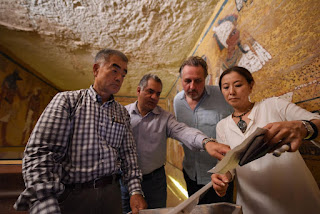 Full report https://www.sbs.com.au/news/search-for-tut-s-hidden-chambers
Posted by Jane Akshar at 15:29 No comments: