More Maps of the West Bank

Following the amazing success of the Nobles tomb map here are the location of Deir el Shelwit, the Thoth temple and the major sites and the ticket office. Do please contact me if you want the Google Earth file 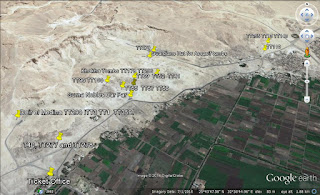 Spotted on Facebook, this wonderful photo by Mustafa Karim. All faiths all eras, this is the Luxor I love 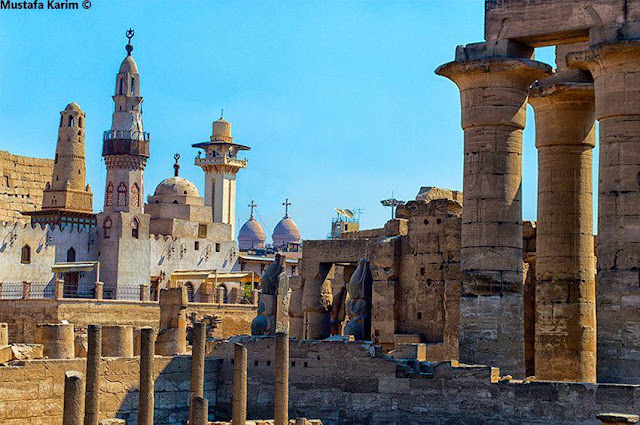 The first map is the entire Valley of the Nobles and the second image is the Qurna area alone. I would normally resize them to fit the page but thought you would prefer the full image. There are more maps under the tag MAPS and if you want my Google Earth file just email me

Email ThisBlogThis!Share to TwitterShare to FacebookShare to Pinterest
Labels: Maps

Private sector looks to boost tourism to Luxor, Aswan - Daily News Egypt: Heidi Hemaya, the media planning manager at J. Walter Thompson Cairo (JWT), the advertising company responsible for Egypt’s promotional campaign abroad, said that the company will give Luxor and Aswan great attention in their promotional campaigns that will begin in September for the coming winter season.

She explained that there are certain markets that seek the type of cultural tourism present in Luxor and Aswan.
Posted by Jane Akshar at 11:44 No comments:

Newly restored Malawi Museum in Egypt's Minya to reopen in weeks - Museums - Heritage - Ahram Online: Curators of Malawi Museum in the Upper Egyptian City of Minya are busy putting the final touches to the museum's exhibitions for a reopening expected to happen in the coming weeks.

I am a French photographer who has carried out several photo-shootings
in Upper Egypt. So far, I’ve been to Egypt 20 times. I am contacting you
today to present my web site to you. It is entirely dedicated to black
and white silver bromide photography. It includes four links focused on
Upper Egypt (Egypt – Muse – Portraits – West bank). Most of the pictures
were taken to Luxor or around Luxor and on the west bank. When visiting
this web site you might even recognize a few familiar faces you have
come across or people you know personally. Please note that this web
site doesn’t work on a smart phone. A PC / Mac is required as well as a
flash player. (http://www.gillespinchon.com/ and
http://www.gilles-pinchon.com/ - both links provide the same content
from two different servers) This web site also offers other links to the
viewer among which, another one on south Devon (Torbay) and one on Los
Angeles downtown. Fell free to forward me any comments you may think to
be relevant regarding this work Best regards,

The Egyptian death garden. the beginning of this program wonderfully describes the gardens shown in Egyptian tomb paintings. BBC radio is available worldwide so you can all listen, Very lyrical

The museum still costs LE100 to enter, but the LE50, non-flash, photo
tickets are definitely available. Keep it handy as
you can guarantee at least one museum employee will want to see it, if
you're seen snapping away There's an LE100 immediate fine if you're
caught taking photos with no ticket and I dare say your memory card will
be wiped.
Posted by Jane Akshar at 12:58 1 comment:

Did you realise just how big Amenhotep III temple is? 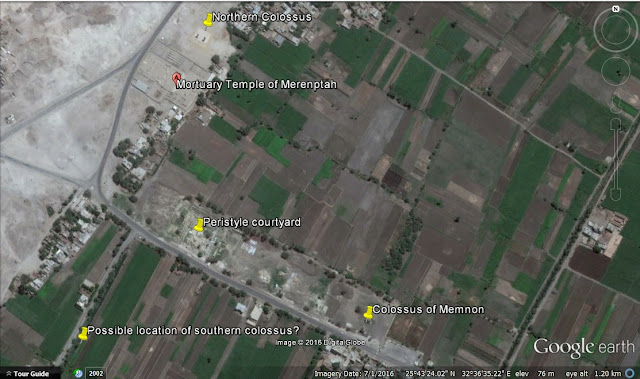 Have you explored the west bank on Google Earth? You really get a sense of things. Like the enormous size of the entire temple of Amenhotep III (behind the colosus of Memnon) and the relationship with the tiny temple of Merenptah tucked away in the north east corner

The very first site you see on the west bank is the Colossus of Memnon. I am sure you have all seen this on your first visit to Luxor and it is hardly hidden but there is a lot here that is missed by the casual visitor.

Today I explored the site on my mobility scooter. The only part a disabled person would not be able to get to is down the steps to view the pedestals at close quarters. But that is hardly a problem when the main point of the statues is their grandeur which is better viewed from the car park.
The trip along the road was enjoyable it reminded me of donkey rides. The pace is slower and you feel more connected to people and you most definitely notice things you would miss in a car. There were biblical scenes of farming, with flooded fields and newly planted crops

This is the very front of the mortuary temple of Amenhotep III which is under excavation by Dr Hourig Sourouzian. Initially this site looked very unpromising but over the years the wealth of discoveries she has made has been extensive.

There were actually 3 pairs of statues in front of the three pylons not just the colossus. They have started work putting the others in place.

You can see the third one in between to the original two in the photo above. As you go along the main road from the colossus to the ticket office there are a number of story boards explaining the entire site with viewing areas.

This is looking at the courtyard behind the third pylon

At the northern entrance there were a pair of standing statues which have been reassembled and re-erected. Not quite in their original position as that is not available but closer to the road and visitable.

Turning right along the road that goes past the temples you can see the Northern colossus and again they have story boards explaining their story of discovery, reassemble and re-erection. One thing is strange, they are wearing the white crown of southern Egypt, now conventionally statues facing the north should wear the red crown of northern Egypt.

By this time I was very hot and very thirsty and I came across on of the road side water stations. These are put by locals for the refreshment of passers by. It is part of the hospitality of the Egyptians and it was icy cold and very refreshing.

The tomb of Irtieru (TT 390) is among the most
intriguing tombs of the Theban necropolis. Irtieru’s titles, Chief
Attendant to the God’s Wife Nitocris and Female Scribe place her among
the highest elite of her time. The wife and mother of Viziers of Upper
Egypt, she did not mention the names of her husband Nespamedu (buried in
Abydos) or her son Nespakashuty D (buried at Deir el Bahri) in the
decoration of her tomb. Few women even among the higher-ranking elite
had tombs that reflected this level of personal career orientation..........

Hidden Luxor Update - can I have your views


So what would you like to see in the new revised Hidden Luxor? 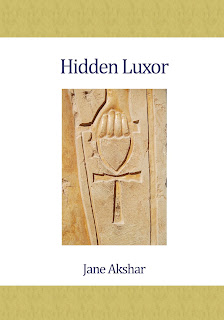 My guide book Hidden Luxor has been hugely popular over the years and I am planning a big update. There are lots of new sites to include as described on my post "What is new to see in Luxor" also I have some serious mobility issues and have recently got myself a mobility scooter and I thought it would be helpful to other people to know which sites are suitable for those of us with those kind of issues. 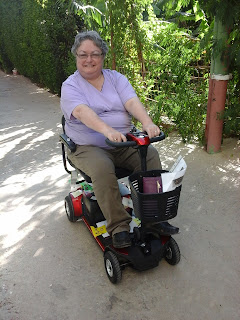 Please contact me with any ideas
Posted by Jane Akshar at 12:51 4 comments: