Omm Seti
Recently I shared a memory on Facebook on the anniversary of  the death of this amazing lady. Glen
Morris had posted a charming picture 3 years ago and I shared it again. This time the picture stirred all sorts of interesting comments. You can read it all here (3) Jane Akshar - Jane Akshar shared a memory. 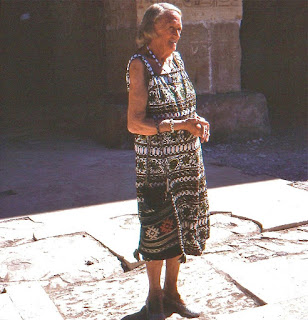 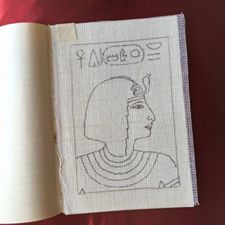 Pamela Schrom Reynolds mentioned she had a cross stitch made by her. I had been
sent a design of hers some time ago but this was a different picture. Great
cross stitch but also a hand written mini essay on Osiris. 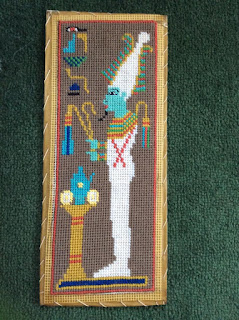 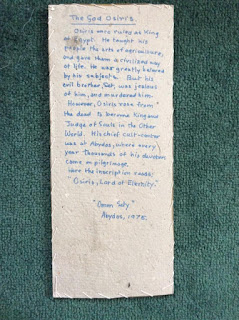 Daniel Kolos shared a memory
"Thanks for the heads up. Prof. Donald Redford took us to see Omm Seti in May, 1977 on a day
off from the Akhenaten Temple Project East Karnak Expedition. She immediately
began to tell her stories of meeting King Sety, what she thought of `young
Ramses` and how she fell into a previously unexcavated temple room, came out of
it covered in cobwebs that the guards had to brush off her, but she could never
find that room again! She told her stories sounding genuine and authentic.
That`s just the way her life was. If ours was different, that was too bad! (-;" 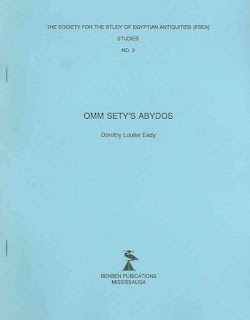 If you search on her name there are loads of links
Dorothy Eady - Wikipedia, the free encyclopedia

SHE HAD HER LIFE TO LIVE OVER - NYTimes.com

Email ThisBlogThis!Share to TwitterShare to FacebookShare to Pinterest
Labels: Abydos