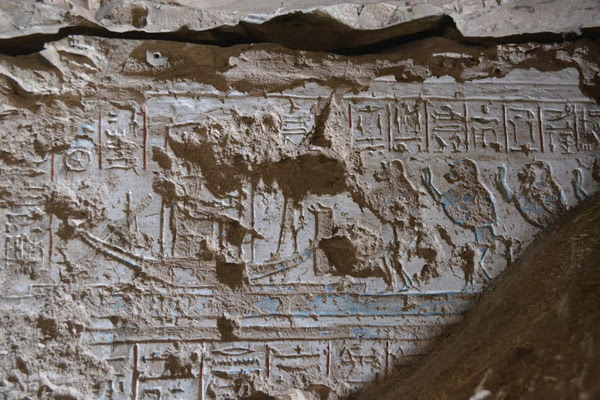 Afifi says that the tomb, located at the El-Khokha area on the west bank of the Nile, is beautifully decorated and likely dates to the Ramesside period, based on its style. Early inspection of the tomb suggests that it belonged to a royal scribe named Khonsu .