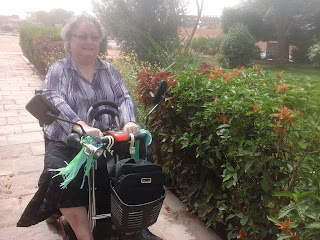 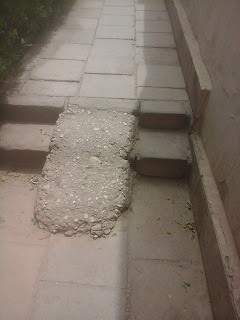 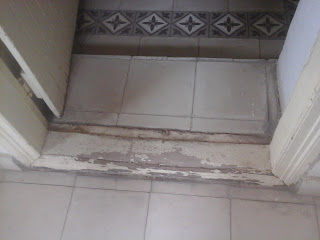 Steps meant the scooter could not travel along and the guardian had to lift the scooter (he was strong) but he was very willing. The ramp(?) was awful, I couldnt use it.

There were so many steps into the Carter House we had to leave the scooter in the hall. I made Marion pose at Carters desk 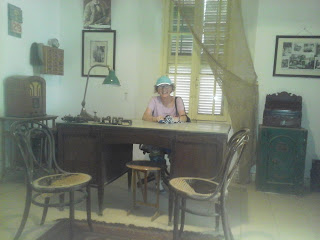 Actually inside the replica tomb was great once we were in. Nice wooden flooring and ramp. The pictures and story boards are excellent and you do wonder how on earth everything was put inside the tomb. I love the replica done from the Harry Burton pictures of part of the decoration that had to be destroyed. We wondered where those bits are now
Posted by Jane Akshar at 15:49