What is Egypt like in 2012 after the revolution, well to be honest not much different here in Luxor. The temples and tombs are still here, the tourists still come although numbers are down. The sun still shines. The redevelopment of Luxor centre has almost come to a close as most things are finished and those that haven’t money is needed in other areas. The new cornice is a pleasant place and as it matures it will get more character. 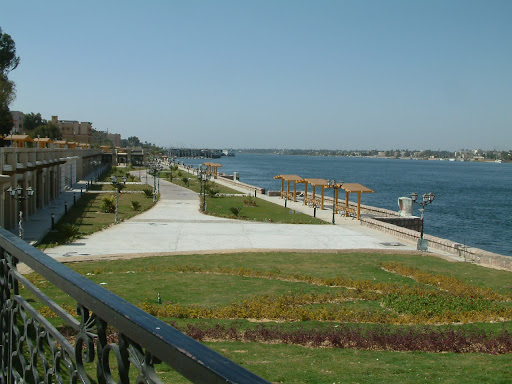 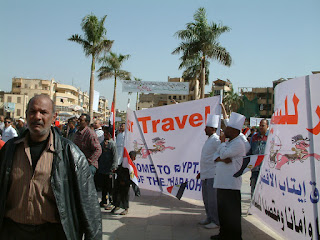 The plaza in front of Luxor temple has successfully held a number of events like Egypt Moving Forward and the Conference Centre had a great celebration of the anniversary of the revolution. The changes as a result of the revolution are minimal, people do seem to have to the courage to demonstrate but the many of the changes they demand are beyond the gift of the government, council and employers because of the state of the economy. As tourism recovers these will be achievable but Egypt’s revolution will not happen overnight. It will take time but the signs are promising.


Here on the West Bank a new dewatering project has started protecting the temples for the rising ground water. There are many new discoveries two new tombs in the Valley of kings, KV63 and KV64 have changed people’s perception of the alley. Everyone, not just knowledgeable Egyptologists, now believes there are lots more to be discovered there. Other sites dismissed in the past have revealed riches beyond the wildest dreams. So much statuary discovered at the Colossus of Memnon and hopes to reveal the entire temple layout in the future. 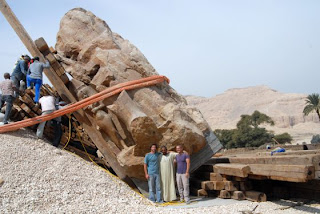 We had a great conference about that site and its king. Another conference is planned for October on the South Assasif; this is another area where new finds and knowledge is being revealed all the time. The tombs of Harwa, Pabasa, Karakhamun, and Petamenophis are showing us the richness of this period 25th and 26th dynasty. Expect great things out of that conference. Lectures have been sporadic at the Mummification museum but all have been fascinating.

On a personal front I will complete my Certificate in Egyptology with Manchester University this summer and attend graduation in the UK. If you want to study Egyptology online, anywhere in the world I can’t recommend this course too highly. I hope to go to do the Diploma. Our business has survived....just. Thanks to loads of rebookings and digging people. New business being put of by media hype, the reality is tourism has continued to be enjoyable for everyone that has come to Flats in Luxor as our Trip Advisor reviews show. So if you want a cheap Egyptian holiday now is the time to come.
Posted by Jane Akshar at 15:34