Was King Senebkay killed in battle? Injuries to pharaoh's bones suggest he was brutally hacked with axes while riding his horse | Daily Mail Online 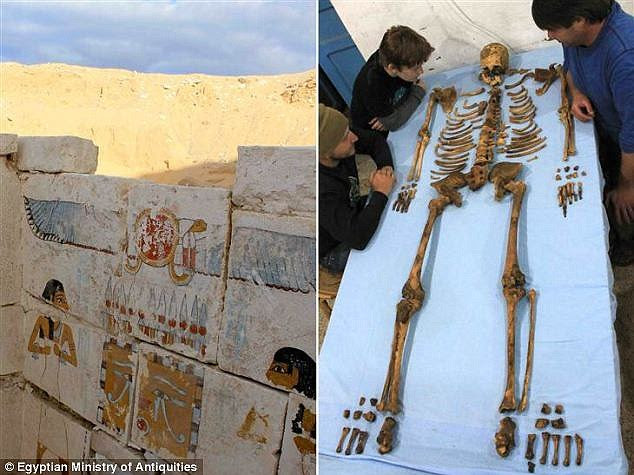 Was King Senebkay killed in battle? Injuries to pharaoh's bones suggest he was brutally hacked with axes while riding his horse | Daily Mail Online: The 3,650-year old skeleton of King Senebkay has revealed the pharaoh died a violent death.

Senebkay lived at a time when rulers battled for power before the rise of Egypt’s New Kingdom in 1,550 BC and his skeleton shows 18 injuries caused by axes.

Injuries to his skull, lower back and ankles, suggest he was attacked while on his horse and hacked at with the deadly weapon - dying from blows to the head.
Posted by Jane Akshar at 23:02