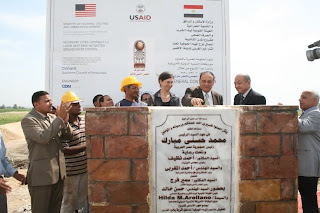 I attended the Kick Off Ceremony for the West Bank Groundwater Lowering Project which took place next to the Ramasseum Temple in Luxor today at 10.30. The project is the result of co-operation between the US Agency for International Development(USAID), the National Organization for potable Water and Sanitary Drainage (NOPWASD), the Supreme Council of Antiquities (SCA) and the Supreme Council of Luxor City. 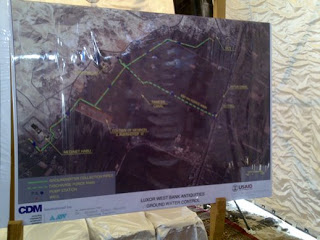 In attendance was USAID/Egypt Director Hilda M Arellano, President of the Supreme council of Luxor Dr Samir Farag, Chairman of the National Organisation for potable Water and Sanitary Drainage NOPWASD, eng Hassan Khaled Fadl and Head of the Supreme Council of Antiquities, Upper Egypt, Mansour Boraik together with other Egyptian dignitaries and officials from foreign missions working on antiquities in Luxor. 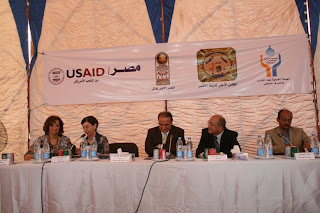 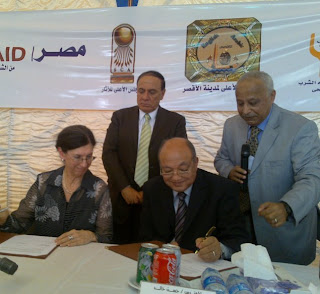 The ceremony marks the commencement of the construction of a sophisticated drainage system that will decrease ground water levels in the area, thereby protecting five major sites and approximately twenty small temples. Drainage pipes will collect water from the south temple of Medinet Habu to the pump station at the Ramasseum and from the north temple of Seti also to the pump station. This will then be pumped into the Asfun Canal. This technique was piloted at Karnak and Luxor temples with great success. 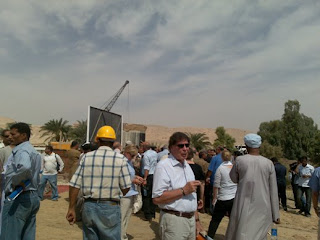 Christian le Blanc, seen here, is one of the many archaeologists that will be affected by this work, he is working at the Ramasseum but it will also benefit Ray Johnson and his team from Chicago House, also present, who are working at Medinet Habu and many other teams. 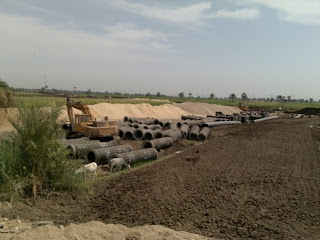