Unfinished obelisk was a complete let down, absolutely nothing to see but the wedge marks. 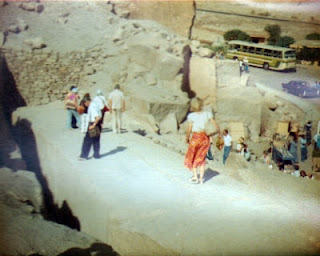 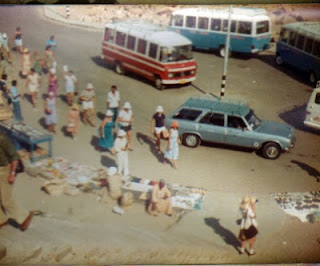 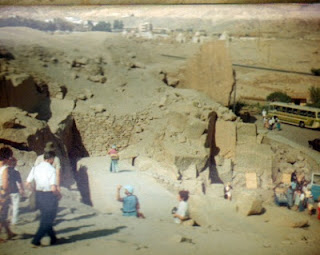 
Went to the high dam. This is almost equivalent to the pyramids in effort for the modern Egyptians as they do seem to have the application today. This is a huge thing and supplies power as far as Cairo and Alexandra. The Lake behind is about 14 miles long. There is a strong wind at the top which is very cool. I bought an apricot juice at a small cafe here, most delicious drink I have had. We went past a modern monument to friendship between the Russians and Egyptians. In a stylistic lotus shape with designs inside showing agriculture, family, etc. Sentences from the Koran and quotes in Russian and Arabic. 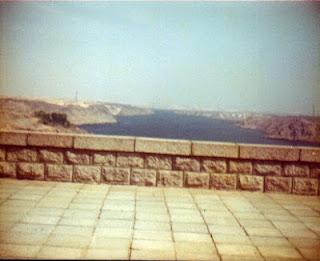 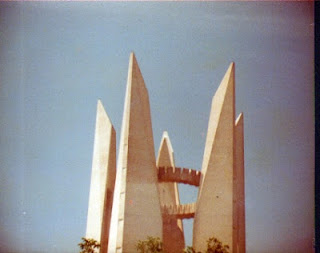 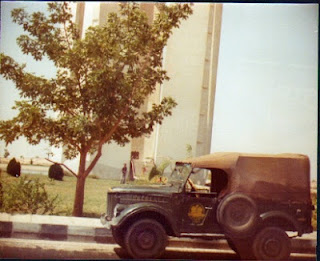 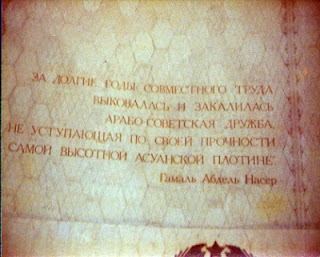 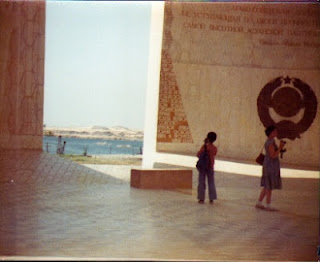 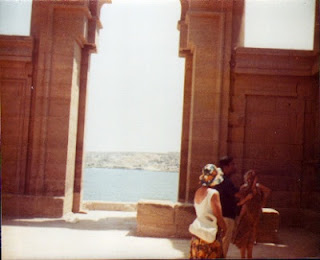 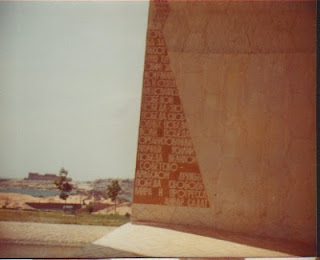 
In the afternoon we went to Elephantine Island; saw only the Nilometer, although there is apparently a museum, very hot. Went on to Kitchener Island. This is equivalent to Kew Gardens and our guide was very enthusiastic about it and very knowledgeable. 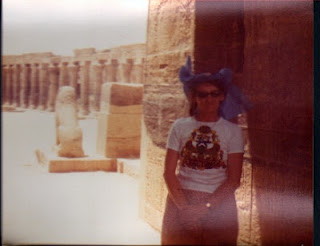 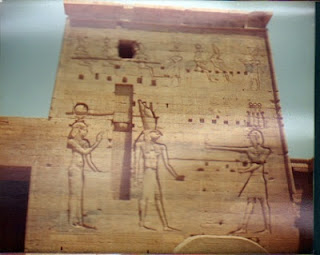 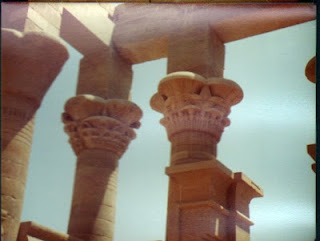 
Also in the morning we had a lucky opportunity to see the temples of Philae, beautiful floral capitals, many different. This was rescued by international co-operation from the waters of Lake Nasser and is now being put back together and reconstructed at the same time. Parts we could not visit including a long court but the rooms were accessible.


In the evening we went to a Nubian wedding contract. Unfortunately we only saw the latter parts. To make up for this Abdullah took us round the community centre which is all their own. He was very proud of the rather primitive arrangements. Less books than I have.

I don’t know but Aswan has never done anything for me. I didn’t go back there until 2005, yet have been to Luxor, Cairo etc so many times. It does not have as much history obviously but it certainly has some. It always seems like a poor Luxor. That of course is a very personal view.
Posted by Jane Akshar at 09:00

I like Aswan actually. The tombs of the Nobles and Sehel Island are great. The quarry is a bit different, but I enjoy seeing the process used to extract the stones there. It's not for everyone though. ;)