Abu Simbel is another terrific example of engineering. They removed all of this before the high dam flooded it. Flying is the only way to get there now. We went by 737 40 minute flight and as we banked to land we had a good view of the front of the temple. A coach took us to the site and English guides were waiting.
Temple built by Ramses II for himself and his wife Nefertari. He made himself into a god in his own lifetime, having his own statues in the sanctuary. When the sun rises the light shines on his statue. Completely enclosed as is Nefertari’s’ Miss Piggy temple i.e. columns with Hathor capitals. The structure is covered by a hollow shell which is natural from the outside. We retuned before lunch and as our rooms had been given up we slept in the foyer until time for train to Cairo. We left Aswan at 6:0 on the train absolutely boiling 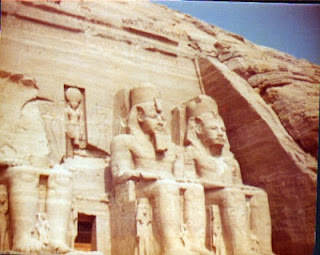 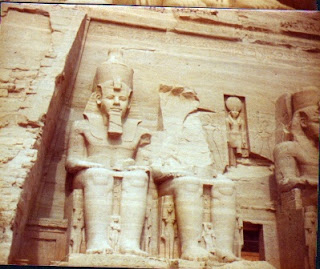 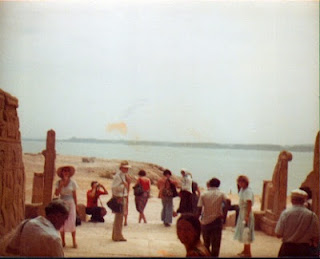 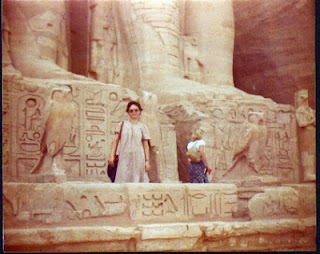 
Dinner was OK nothing more. Came back and had water melon which Yvonne and Karen had bought, fell asleep at 8:00 and missed Mohammed coming to see Monica who hid.

I was so impressed with Abu Simbel, you can get there by road as well as flying now and of course the absolute best way on a Lake Nasser cruise. They let us inside the dome and we could see all the back of the temple. It was amazing. Poor Mohammed, first 5 chaperones and now he was avoided lol
Posted by Jane Akshar at 09:00