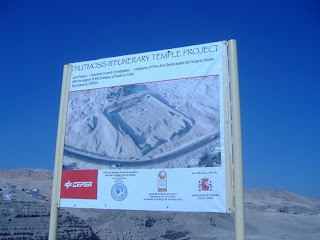 I had a wander round the new excavation by the Spanish at the mortuary temple of Tuthmosis III. From the road, which actually goes through the middle of the temple, it just looks like two mud brick pylons one each side of the road. But the sign in front shows a great aerial shot showing the entire complex 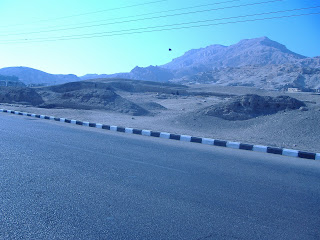 As you can see it is big, really big 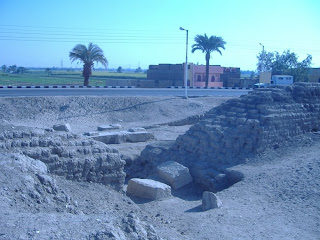 There seem to be two entrances through the pylon, they have excavated the south entrance. 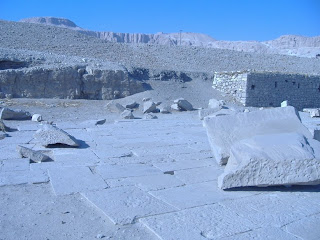 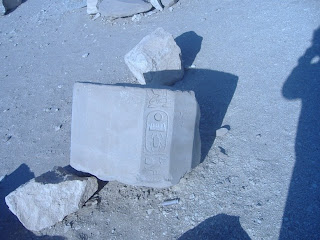 There was a rather nice column with Tuthmosis III cartouche on it, that column shape is quite popular with him and Hatshepsut 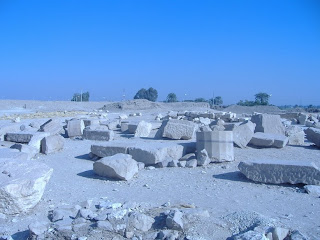 There was a postive litter of stone pieces and there were a number of areas with grass matting and sailcloth that were protecting some pieces. A local told me it was pieces with colour on it 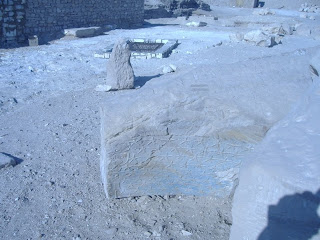 I found this piece rather interesting a star ceiling with colour BUT it is curved. which made my puzzle about the probably structure. There were some other curved pieces as well 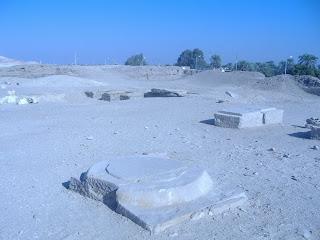 A nice column base This is taken the other side of the road, in front of the first pylon. You can see that the road is much higher and covering the first courtyard. 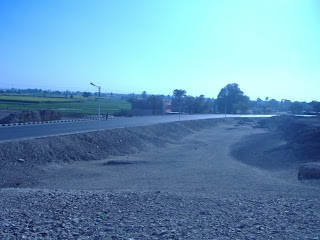 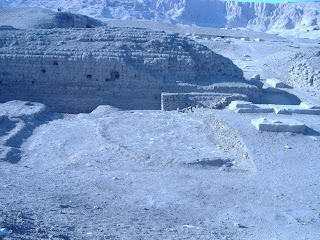 This was another curious thing, it looks like a round structure in front of the first pylon but at a higher level.
Posted by Jane Akshar at 17:13

Liked and Posted at http://www.wikiplugs.com/story.php?title=tuthmosis-iii-mortuary-temple