Tomb of Huy, ruler of Nubia under Tutankhamun, to be opened to the public | Ancient Origins 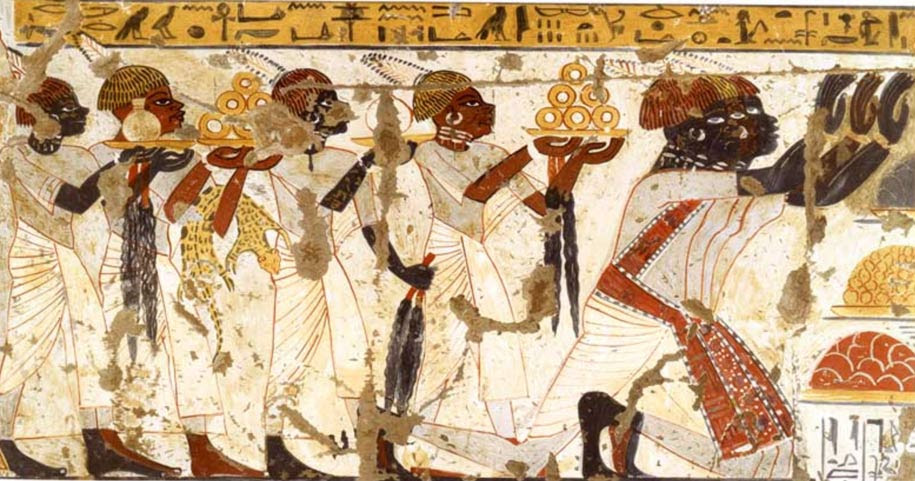 Amenhotep, called Huy, was a viceroy of Nubia. The Lower Nubian Kush was a province of Egypt from the 16th century BC to eleventh century BC. During this period it was ruled by a viceroy who reported directly to the Egyptian Pharaoh. The viceroy was appointed directly by the Egyptian king and usually bore the titles "overseer of the southern lands" and "king's son of Kush". It is believed that the Egyptian 25th dynasty were descendants of these viceroys and so were the dynasties that ruled independent Kush until the fourth century AD.

Nubians bringing tribute to the Pharaoh, from the tomb of Huy

Nubians bringing tribute to the Pharaoh, from the tomb of Huy. (Exploring Africa)

Huy was the son of a lady named Werner. His father is not known. Huy was married to Taemwadjsy, chief of the harem of Amun and of the Harem of Nebkheperure (Tutankhamun). They had a son named Paser. Huy succeeded the viceroy Tuthmosis, who served under the pharaoh Akhenaten.

Huy ruled under Tutankhamun, and would have been responsible for organizing construction on Tutankhamun’s behalf, as well as being responsible for military operations in the region of Nubia. The viceroy would bring tribute personally to the pharaoh they served under.

The tomb of Amenhotep Huy, which is located at Qurnet Marei on Luxor's west bank, consists of a court and a burial chamber, and is well known for the colorful and detailed paintings that adorn the walls of the tomb.

“Although it is a small tomb it has very distinguished wall paintings,” Aly El-Asfar, head of the central administration of Upper Egypt, told Ahram Online.

“[T]he images depict figures painted in Nubian attire walking behind a chariot driven by a light brown figure, a black rider painted in traditional Nubian garb, and pulled by a cow. Walking before the chariot are more Nubian figure,” writes Ahram Online. “Hunting scenes similar to those found in Tutankhamun’s tomb are also depicted on walls as well as scenes showing Huy being greeted by high priests and among his family.”

The tomb of Huy has undergone three years of restoration work and will be opened to the public in mide-December.


Register to become part of our active community, get updates, receive a monthly newsletter, and enjoy the benefits and rewards of our member point system OR just post your comment below as a Guest.
Your name *
E-mail *
The content of this field is kept private and will not be shown publicly.
Homepage
Notify me when new comments are posted
Subject
Comment *