Today in Luxor, my tank picture and the tear gas story

Sorry for not reporting more but honestly there has been so little to report. Today 9th Feb I went over to Luxor to see my dentist again. I also wanted to get some money out of my UK bank account. The first two ATM’s I tried were closed but the one at Banque du Cairo just along from the Winter Palace was working, I was able to get 2000LE no problems and there was no queue. I then went to the dentist. My driver and I were tourist spotting and we think we saw one but he might have been a resident.

After the dentist I went back to the bank as there were no queues and one of my guests had sent me a deposit and I wanted to see if it was there and to pick up the money. Actually I realised I had forgotten my passport at home but because they know me so well they still gave me my money. It was only $150 USD but even so that was nice of them. Then I did something I have been dying to do, Tank photos. I really wanted a photo of me in front of a tank, ok it is a bit silly but that’s me. So I went over to the soldiers in front of HSBC and asked if it was possible, they were so friendly and quite happy for me to take photos and be photographed. I especially love the one of the caleches and the tank, that’s Luxor for you. 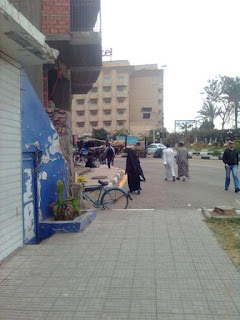 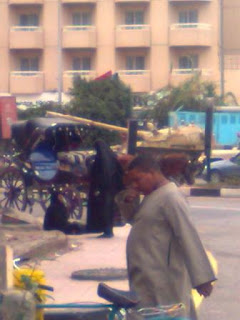 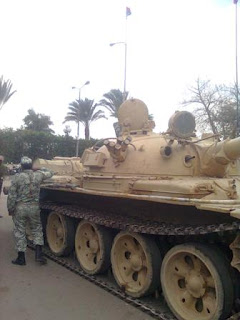 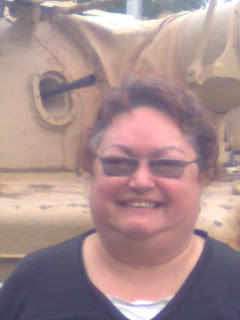 I had gone to the Sheraton on Friday 28th to try to find my tourists because text messages were not working and I could not contact them. I knew they would probably be in the bar for happy hour lol.
I went with Elizabeth and Diana, who had been at the boat with me earlier for a cuppa, together with Harry (ex Cosmos, now in Cairo).
We left the Corniche around 5.30pm and arrived at the Sheraton shortly after, and installed ourselves on the terrace. I then rang the room of one of the girls. No answer, so we ordered a drink and decided to wait a little and then try again. Half an hour later, I rang again and they were just about to leave the room to come to the bar.
So by just after 6pm, we were all sitting happily chatting and having a laugh. 4 women from Hull, Elizabeth, Diana and me.
It must have been about half an hour later when we heard some shouting, but it sounded no more than the felucca or taxi guys outside the Sheraton gates having a yelling session. Then Elizabeth said she thought she heard popping sounds. We thought no more of it.
However, shortly after, not sure how long, we all felt this stinging sensation in our noses, a bit like sniffing pepper and our eyes started to smart a bit.
At that point, one of the girls said "bloody hell, that’s tear gas" (they all worked for the Home Office and she had spent many years working abroad in trouble spots). On her advice, we moved indoors, "just in case, although the tear gas is not strong enough to be very close to us". The Sheraton did close the doors, and there were lots of "suits" in reception and an increased security presence on the door. No-one was allowed to leave until it cleared, and there were a few tourists coming in with streaming eyes, but no-one seemed to have been badly affected.
After about an hour, there was no tear gas to be detected outside and we wanted to leave, but they still would not let us. So we called Saeed, who came with a motor boat and we headed out of the back door and onto the boat. There was no trace of any tear gas.
We had heard nothing out of the ordinary, except for Vanessa's popping noises, and it was only her who heard that.
We then walked back from the Corniche (Winter Palace), the streets were quiet and no shops were open, but we saw and heard nothing out of the ordinary.
Lol, and I have no idea where the Cornish lifeboat man who was reported in the paper was, but I can assure everyone that the tear gas was simply the remnants of tear gas downriver, drifting in the wind, and none of us saw or heard rockets being fired. He will live off that story for the rest of his life!

And...... on Saturday night, just in case you want to do anything with this....... Mohammed and I were walking back from the river, having spent a full day on the river with the tourists. The town was quiet, most shops again were closed. We walked up the street where Cash and Carry supermarket is, towards Medina and Mohammed commented that there were police at the top of the street.
Yes, there were, riot police, and there were probably about 10 strung across Medina Street, all leaning on their shields nonchalantly. A few groups of men were standing around, and I do have to admit to being a bit nervous at that point. But we just walked through and headed home.

That is pretty much the extent of what I have actually seen myself.