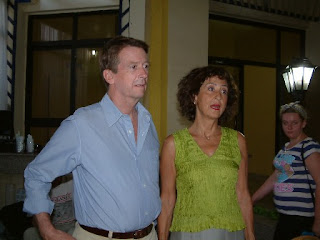 All the British community in Luxor were invited to meet the Ambassador and his wife bu Mr Gaddis the Honorary Consul. It was a small reception with the Gaddis hotel ham rolls featuring heavily. The Ambassador made a point of speaking to just about everyone and gave a short speech about the importance of the ties of Britain and Egypt.
Posted by Jane Akshar at 19:49

Email ThisBlogThis!Share to TwitterShare to FacebookShare to Pinterest
Labels: news in luxor