This was a short trip. We crossed the Nile to the West Bank and then took a bus to the valley. Visited the tomb of Kahmoses or Amon Hir Khopstep No 55 This prince died too young to make it to the valley of kings. The tomb is in very good condition; the reliefs are very large and mostly show the prince being introduced to various deities by his father. He has the lock of hair on the side of the head. This tomb was found empty. Then went to his mummy Queen Titi no 52. The style is very similar but has been attacked unfortunately and is now badly damaged.


I am stunned by this comment ‘his mummy’ at that time there was nothing to identify who this queen was, indeed she was only recently identified in 2010 and yes she was Ramses III’s wife. I checked with Aidan Dobson who was one of the authors of the article identifying her and yes she could well have been this princes mother. So how did the guide know that back in 1979? That is definitely odd. Was it a local legend, something the guide came out with or just a popular belief. Any way it was right. Please take especial note of the first house in the photo of the valley of nobles; this was the house of a man that works for me now! Little Mohammed took one look and shouted, "That me house". 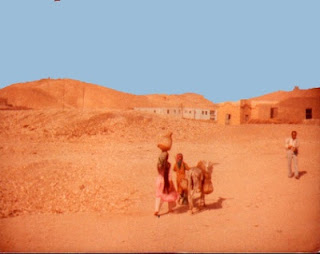 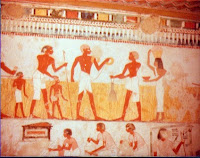 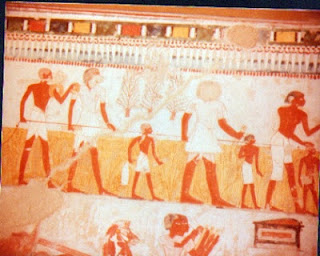 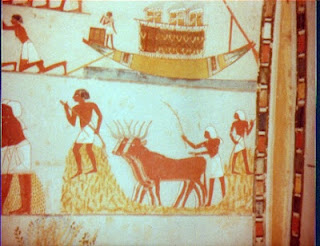 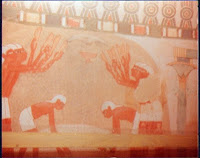 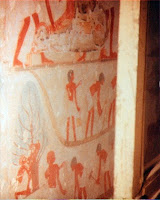 Then on to the noble Nakht No 52, he was astronomer and royal scribe in the reign of Tuthmosis III or IV, books differ. This is the famous tomb with the blind harper, dancing girls, cat eating fish under chair. Also offerings of ducks, grain, corn on the cob etc Figure 59 Nakht Tomb of Minatum no 87 then Ramose no 55. Vizier in the reign of Amenhotep III then IV then Rekhmire which shows scenes of workmen smelting gold, furniture making. 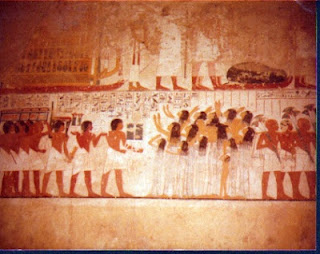 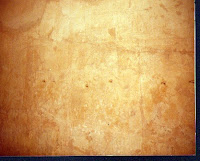 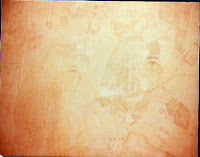 In the evening we went and saw Luxor temple, some obvious Roman parts. Tutankhamen restored a lot of this. It was originally built by Amenhotep III; one obelisk from the front is in the Place de Concord. Saw birth chapel and some talatat with Aten sun rays. What a contrast between Ramses II columns and Amenhotep III 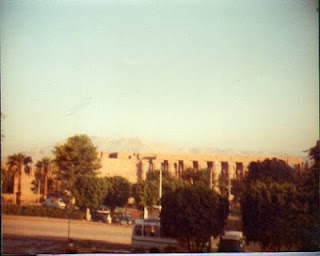 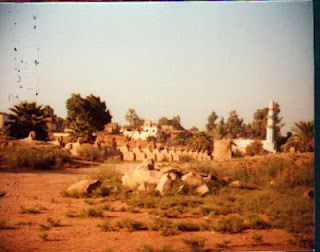 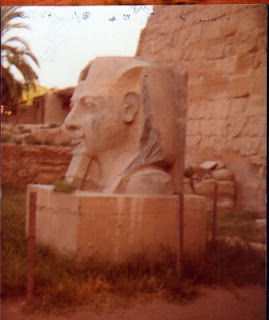 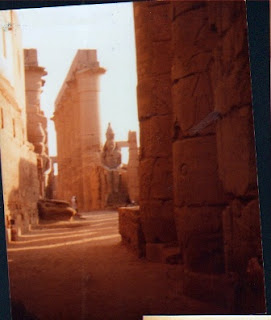 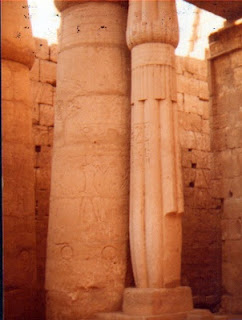 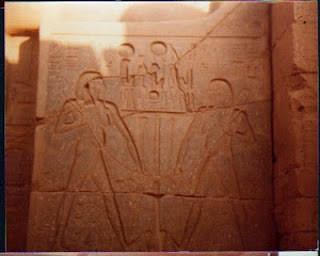 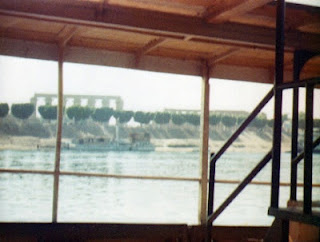 
In the evening we went and saw Luxor temple, some obvious Roman parts. Tutankhamen restored a lot of this. It was originally built by Amenhotep III; one obelisk from the front is in the Place de Concord. Saw birth chapel and some talatat with Aten sun rays. What a contrast between Ramses II columns and Amenhotep III

Mohammed, Monica’s friend took us for a drink, he has been trying to see her all the time we have been here.


I am being bitten alive by mosquitoes.


Yes even back then Egyptian men were trying to chat up lady tourists, this Mohammed must have been a bit surprised to invite one lady for a drink and to find her chaperoned by 5 other ladies. Monica was not stupid! The mosquitoes really did have a go at me, I had huge bites everywhere
Posted by Jane Akshar at 08:30

Email ThisBlogThis!Share to TwitterShare to FacebookShare to Pinterest
Labels: 1979, Articles Books and Publications