Thank you all so much for the lovely comments I got about the piece on my Dad. He actually died yesterday so forgive the lack of blog entries etc for a bit. Well this is my blog so I will do what I like it is not Luxornews but it is my news so farewell Dad 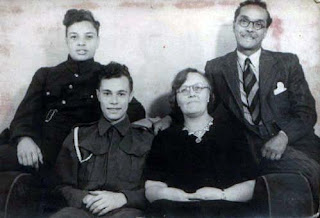 My Dad, I was always so proud of him, of his languages mainly and his larger than life personality as well. My Dad was someone else; when I was a teenager it was my Dad we used to phone to pick us up when we missed the last train. It was my Dad that told my mum those were “herbal cigarettes” all those years ago. He was so proud of me too.

And I am so glad he had something to be proud of. In his last few weeks he saw me appear in the Daily Telegraph being recommended for my guiding in Egypt. And it was his mother that had originally got me interested. Before he died and whilst we could still talk together I thanked him for bringing me up so cosmopolitan that I could take on marriage to an Arab. Most girls who bring home an exotic and foreign boyfriend have a father who would be horrified. My Dad just wanted to practise his languages.

I got him to help me with some special cards: one was thank you in all his languages the other was I love you, it was so typical of my Dad that he knew more I love you’s than thank you’s. 28, sometimes when I tell people they think I am joking but it was true. He even taught languages, in fact he taught Russian to a Russian. A man living in the UK was losing his Russian and came to my Dad for language lessons. Dad was a Fellow of the Institute of Linguists. The first languages he learnt were from his Dad, Swahili and Afrikaans, the last he was still learning. Japanese and Hungarian. Just a couple of years ago he did a GCSE in Latin. 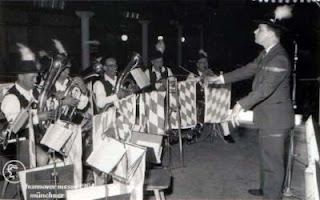 He was also musical, I remember after church on Sundays he would practise on the organ. The Sunday lunch would be spoiling but he would be playing away on the organ. Standing next to him in church and being embarrassed how loud his voice was and how noticeable. Seeing him in opera, in drama. A larger than life character. You never forgot Alec Anthon. 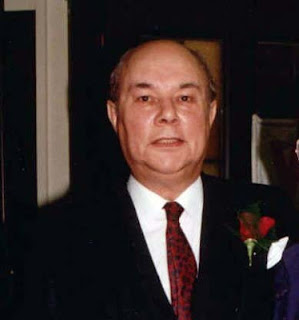 1989 Marriage to Barbara
When he went to live at Forest View I helped Barbara, my step mum, clear his room. It was a very bitter sweet experience. So many memories of my childhood and my Anthon family. A unique and unusual family of whom I am inordinately proud.

In my home in Egypt I have two little amulets of Egyptian Gods, we are pretty sure that they are original. Dad bought them in 46 or 47 when he was in the army in Egypt. His mother lectured on Egypt. I have her notes. And now I live in Egypt. Dad never made it out to my life there but he saw the photos and he met my husband Mahmoud. I remember when we visited him in the UK he careful bought some halal meat so Mahmoud feel at home. The fact it was raw and there was nothing to cook with it was hysterical to us both. Muslim my husband might be but a carnivore he is not but he so much appreciated the thought.

I will always be so very proud that my Dad was unusual and eccentric. Thanks Dad for giving me my life and so many wonderful memories. 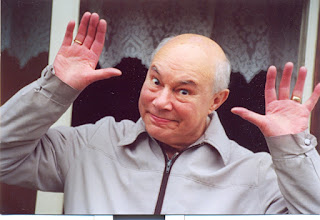 This is so sweet. What a wonderful remembrance.