I just received these photos from Richard Sellicks, an ex guest of ours at Flats in Luxor. He has been coming to Egypt regularly for decades and was here when they had the rain storm in 1994. 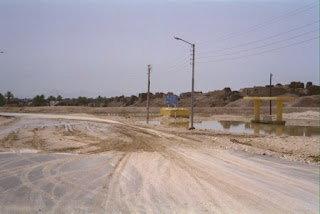 These are his photos from that time. Rain is very rare in Luxor, in the seven years I have been living here we have had two rain storms lasting several hours. Luxor closed down, the ferry stopped and of course the houses leaked. But back in 1994 it was much worse, lives were actually lost, the devastation was terrible. 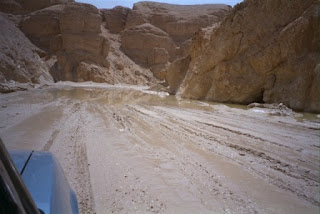 You can see the destruction to this building, see how the steps have been left standing. 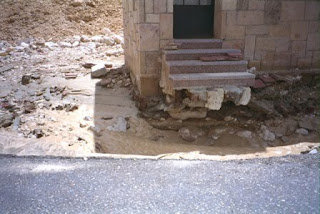 The monuments suffered as well. This is why there are flood defences around the tombs in the valley of kings, imagine that little lot flooding down a tomb. These occasional storms have shaped the landscape, that is why there is a VALLEY of the kings, queens and nobles. In fact at the valley of queens there is a large feature that opens into the valley that looks a little like female genitalia, the rock is red and apparently when these floods happen it runs red water through this feature. 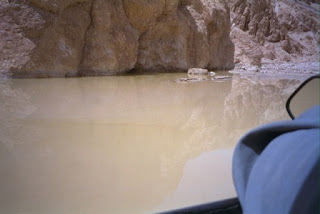 Of course these floods often reveal objects, tombs and small finds, after a rain storm the locals go looking in the hills to see what they can find. 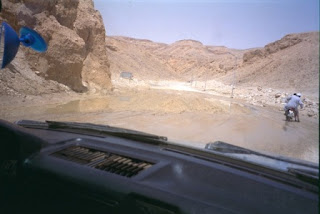 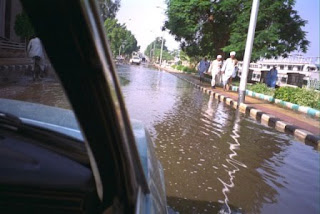