Description
On the south side of the Pyramid of Unas are three shaft tombs of the Persian period, all broadly similar in layout. A square vertical shaft descends to the tomb chamber, constructed of stone blocks, at the foot of a larger shaft sunk during the building of the chamber and later filled in. The tombs are now accessible by a spiral staircase and are connected with one another by tunnels.

The descent to the tombs is not easy. The shaft, 82ft/25m deep, leads by way of a 16ft/5m long corridor to the vaulted Tomb Chamber of Psamtik, a physician who lived in the reign of Darius I. The walls are covered with religious texts. The lid of the large limestone coffin, which, like the coffins in the other tombs, is let into the ground, is raised, and the device for lowering it can be seen; it originally contained a smaller basalt coffin. To the west, reached through a modern tunnel, are the shaft and Tomb Chamber of Djenhebu, a Royal Admiral, both with finely incised inscriptions. To the east, down some steps, are the shaft, 90ft/27.5m deep, and Tomb Chamber of Pedeese. The walls are decorated with inscriptions in fine low relief, with well preserved colors, and with representations of votive offerings. The vaulted roof is painted with colored stars on a white ground.

These photos were taken in 1995 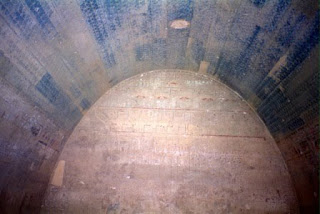 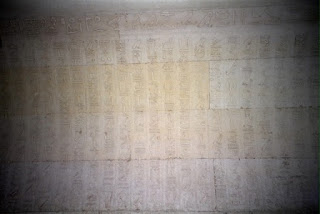 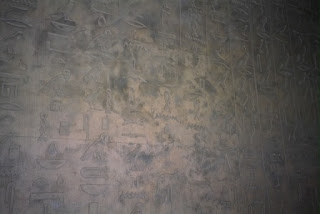 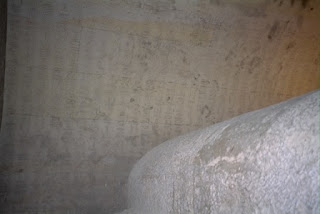 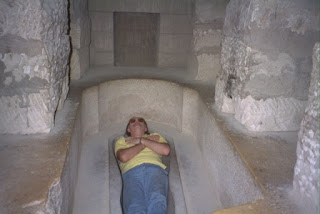